Image Of The Month - December 99 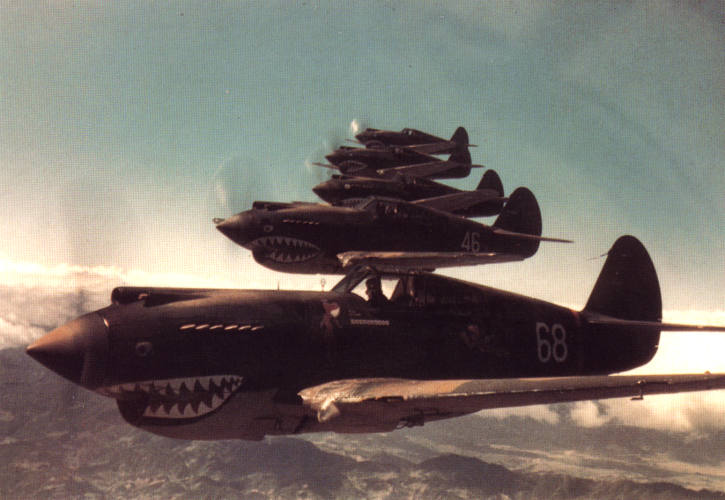 This shot shows the famous Flying Tigers - specifically the 3rd Squadron known as the Hell's Angels.  Here they're over the Burma-China border on patrol in 1942.  Curtiss P-40 Tomahawk aircraft.  The shark's teeth nose art is part of a tradition that really goes back to the skull-and-crossbones from pirate days.  Given the historical power of German military iconography, it's not a big surprise that the Germans are responsible for some of the first known use of the shark's teeth painted on for intimidation value as early as 1916.   The other classic nose art themes like pin-up gals and cartoon characters are fun too, but the shark's teeth have always had a unique power.