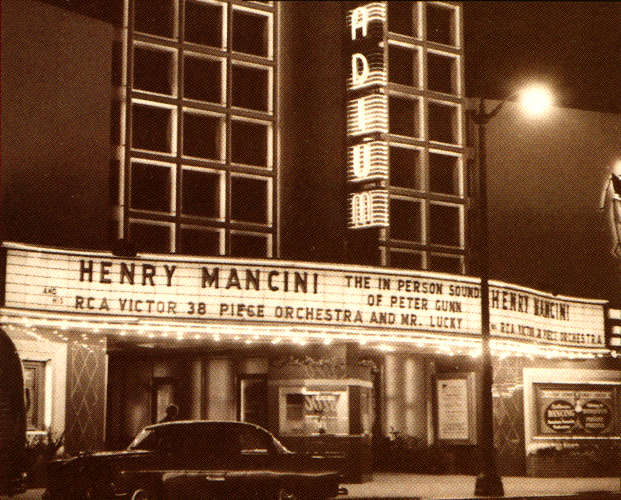 Photo of the marquee at the Palladium for a live performance from Henry Mancini and his orchestra.  Since Peter Gunn started in 58 and Mr. Lucky came the next year, this is probably from the very early 60's.  Apparently Mancini led a variety of orchestras at a number of engagements for a couple years around this time before hitting on some big success with the Cleveland Orchestra in 1963.   Maybe this is from that time.  Anyway, the show must've been a blast!