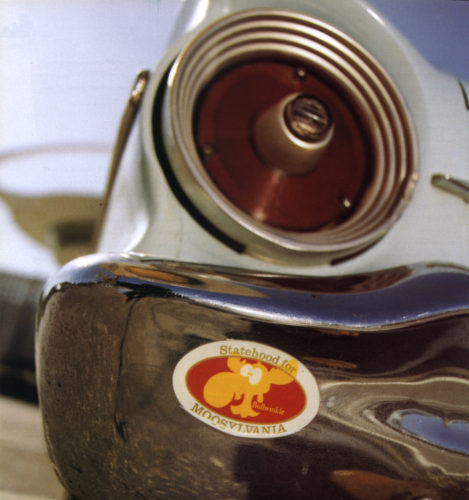 Jay Ward was the king of the outrageous promotional stunt, as in the case of the 1963 Statehood for Moosylvania campaign.   What is Moosylvania?  An island near Minnesota bought (leased actually) for $1500, it was "a small land adjacent to the United States... zero people, zero production, zero space development, zero everything; but on the other hand, no taxes, no laws, no traffic, no extradition treaties and no late shows."  Commenting on the lack of residents, governor Bullwinkle J. Moose retorts, "A state shouldn't be looked down upon just because it's got a population problem.  Actually Moosylvanians show a higher intelligence than residents of many other states.  When they don't like a place, they move out!"  Although unsuccessful in their bid to be the 52nd state after Puerto Rico ("Our motto is 'A full deck for the U.S.A.!'"), they did get tens of thousands of signatures on their petition after touring around the country.