Cover Art Of The Month - September 99 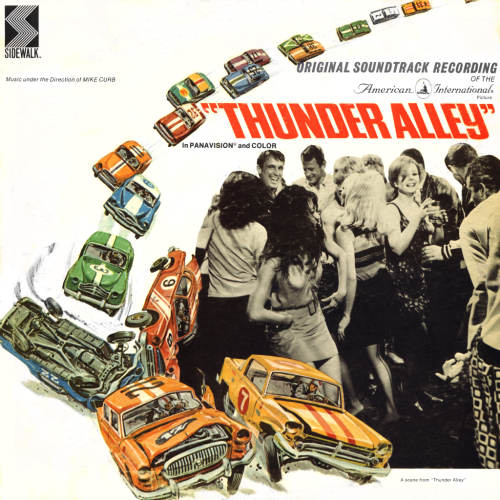 Described in the liner notes as "the American International thriller that features Fabian and Annette Funicello, Diane McBain and Warren Berlinger, and Jan Murray in some of the tensest scenes in film history."  Wow, musta garnered a few oscar nominations for A.I.P.!  Annette contributes a couple numbers on here, as do The Band Without A Name with a bunch of Vox gear and a sound resembling Paul Revere & the Raiders.  Most of the tunes are fuzz-guitar romps by The Sidewalk Sounds who're touted as "Mike Curb's group" (which means it's probably Davie Allan and his crew).  Classic example of late 60's teen hot rod flick promo art!