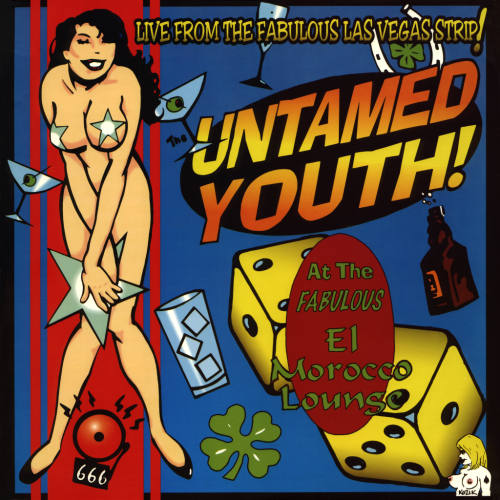 Frank Kozik did the eyecatching sleeve for this live Untamed Youth album.  Pretty well captures all the atmosphere of Sin City, without being a rehash of some of the common Kozik themes (I'm not a big fan of some other Kozik motifs).  The record was released in 1995 from a 1992 performance.  For the uninitiated, the Untamed Youth are/were led by guitarman extraordinaire Deke Dickerson, and they are one of the earliest and finest modern combos doing the Trashmen-style combination of surf instros with stompin' vocal numbers.  Musically the recording is a little thin on this LP, but it's still a great sleeve housing the sounds from a great show.