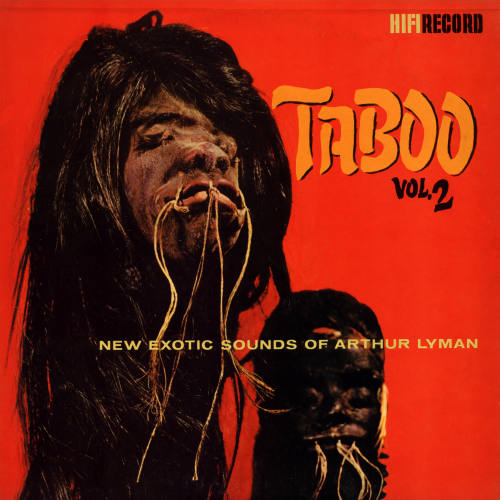 After the success of Lyman's album Taboo, he released this second volume in the same style musically, but totally different in terms of cover art.  When there was a big hoo-hah about the shrunken head depicted on the cover, the label quickly substituted a carbon-copy of the sleeve from Taboo Vol. 1, altering it to say Vol. 2.  Whichever sleeve holds the record, the music therein is another fine exotica outing from Lyman and his combo.  But the original sleeve is still good for a chuckle if you can find it.  The album has more recently been re-released on CD too, with the original art.