Record Of The Month - November 99 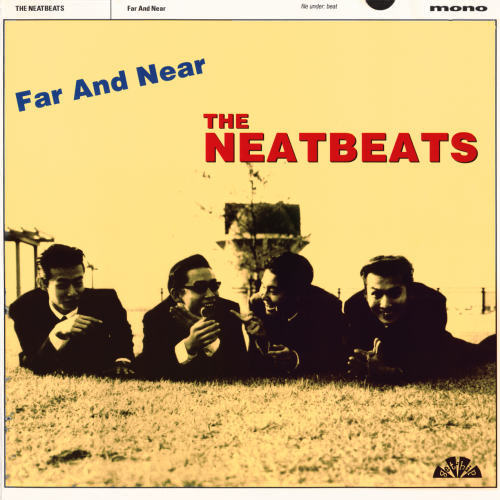 The Neatbeats - Far And Near LP/CD (Get Hip)

Except for the Kaisers records, I wasn't really a big fan of Beat Music until I saw these cats play in Vegas.  Seems like it's always a live show that can make a new fan out of ya.  The Neatbeats were fab on stage, with loads of energy and a solid sound.  This record is their first LP, and it's got a bunch of the tunes that they do on stage, like Zip-A-Dee-Do-Dah and the Doris Day number Everybody Loves A Lover.  I dig a lot of the Japanese bands doing passionate, authentic rock and roll styles, but the truth is that it's pretty rare to find a foreign combo that really nails the melodies as well as the Neatbeats do.  Takashi "Mr. Pan" Manabe does most of the singing and lead guitar duties, and he's also got a history with some other cool combos like the instro band the Panasonics and a previous ensemble known as the Death Dealers or something like that.  One of my favorites from the whole Vegas Grind weekend.