Record Of The Month - September 99 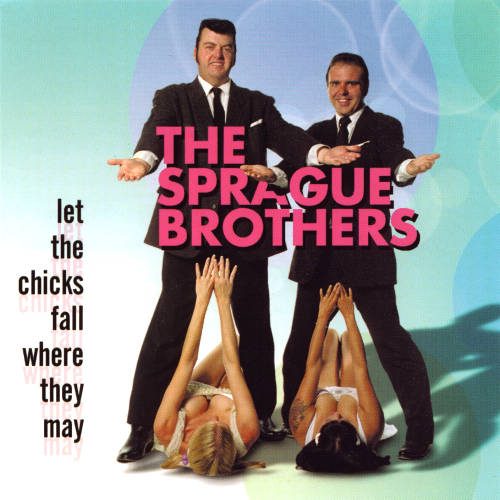 Sprague Brothers - Let The Chicks Fall Where They May

These guys remind me a lot of a modern day Bobby and Randy Fuller.  Similar lyrical style combined with a roots rock and roll sound that has just a little billy mixed in.  Their single on Hillsdale from a while ago had two great tunes that are both included on here.  Battle Of The Bands is a tongue-in-cheek number recounting the tale of a literal physical battle amongst some of the bands on the scene - mentioning names like Dave & Deke and Big Sandy.  Green Arrow was the flip side of that single, and it's a quick and solid surfy instro.   Recorded in southern California, there's some great talent on here, both from the Spragues themselves, and also in some of the guests like Deke Dickerson, Eddie Angel, Jeremy Wakefield on pedal steel, and even Randy Fuller!  What really stands out for me are their voices though.  Great harmonies on great original melodies, with the kind of clear vocal style that reminds me of Bobby Fuller.  Very memorable tunes, sometimes with the kind of hooks that would even work for a pop song.  And toward the end there's one more instrumental tune in Betrayal, a slow but hard-hitting steel guitar shuffle.