Record Of The Month - August 99 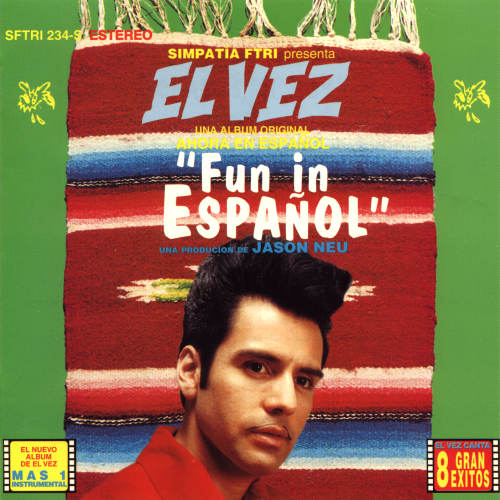 I heard that El Vez is great live, and tried to go see him when he came through town last year, but the dang show was sold out when I got there!  Well anyway, this CD is short, but a lotta fun.  This disc collects songs from previous singles, with the Mexican Elvis thing on tracks like Esta Bien Mamacita (That's Allright Mama) and En El Barrio (In The Ghetto).  Other tunes tip the hat to melodies from Lou Reed, Santana, and even Bow Wow Wow (Maria Se Llama sounds like the BWW version of the tune I Want Candy, but they didn't write that melody either).  Mostly sung in Spanish, but his sense of humor comes through even if you no speaka.