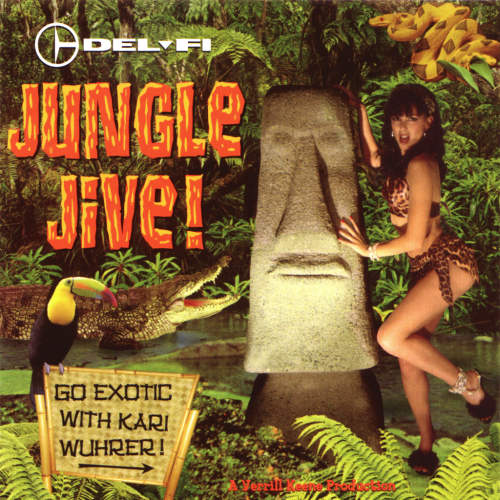 Following up on their Beach Party and Pool Party CDs, Del-Fi gives us a third installment in this series, raiding the vaults for all kinds of kooky and fun jungle romps - some never before released.  Of course there are lots of exotica collections out there presenting many of the usual suspects, but I really dug this one when I first heard it because just about every track was new to my ears.   The "Voices Of Africa" start and end the disc with Chaino-style exotica percussion numbers.  Along with vocals like a Cuban style "Rum and Coca Cola", there's a handful of instros on here, like "Terror" by the Grippers, which features a Jerry Cole soundalike on guitar.  Bongo man Preston Epps shows up too, as well as Del-Fi head honcho Bob Keene and his orchestra.  One of my favorites is "Karate Again" from the Bedwells - an instro version of their novelty tune "Karate", which appears on Del-Fi's Lost Treasures disc.  Put all that together with the lush cover scene, and you've got a great package.