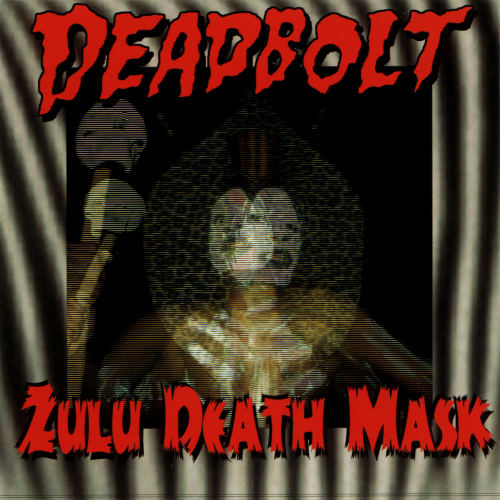 Here is Deadbolt's fourth album, continuing to cement their image as "the world's scariest band."  These tough guys from San Diego tell tales of corruption, revenge, exotic rituals, and psychotic clowns ("the only good clown is a dead clown"), all over a background of dark surf-style guitar melodies.  Deadbolt is one of the few bands I've seen with one guitarist and two bass players.  The instrumental parts on this one are real laid-back and heavy, but also kinda catchy, which works well with the low-key vocals.   So if you're not just playing this as surfy background music but actually paying attention to the storylines in these tunes, the benefit is that you get the jokes.   Definitely not for the politically correct crowd, which is another reason why these guys are tops in my book.  Their stage act also includes all kinds of fun like severed heads, circlesaw-grinder spark shows, and even snake dancing.  And this disc has a triple image cover, with a prism-type plastic cover that makes the image change when you move it around.