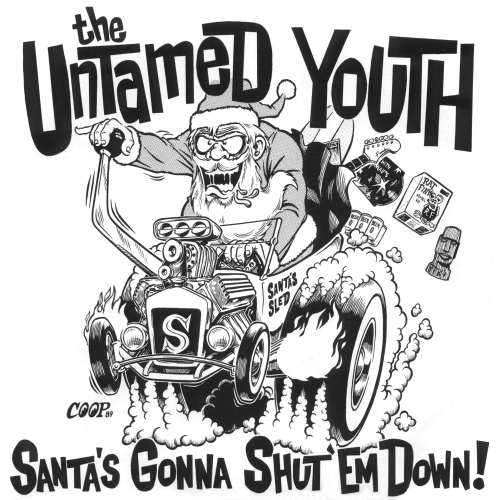 It's a hot rod Christmas on this 1989 Untamed Youth single.  You gotta hand it to Deke and the boys - they were there doin' the surf/drag Trashmen thing way before the current wave of surf bands.  And they were doing it darn well too, by gum.  They had actually already released their first LP on Norton ("Some Kinda Fun") in 88, but this single is another fine performance.   Vocal on the A-side, backed with "Santa's Midnight Run" - a nice cover of the old Usher / Super Stocks instro tune.  Great hot rod Santa art by Coop from before he became a big shot.