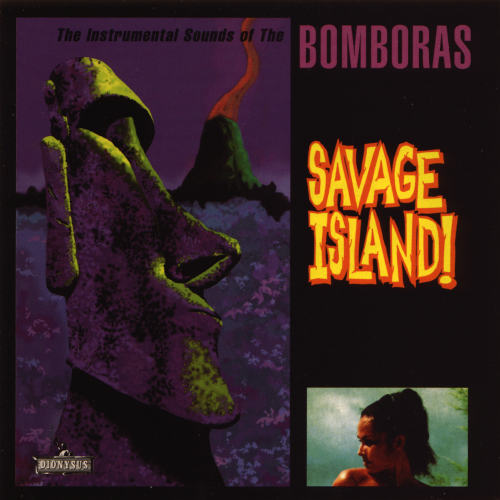 This spinner has entered my hall of fame for all-time musical faves, especially at very hi volumes.  Garage surf instro supreme!  OK, so the Bomboras are no longer together, but when this LP came out, they consisted of the core from the Finks, plus a different bass and second guitar.  This one was recorded at Wallyphonic in LA, the studios of the bass player from Big Sandy's Fly-Rite Boys.  Mostly originals, or modified covers like Lord Hunt's Surf Party (as in guitarist Gregg Hunt's version of the old Astronauts theme from the movie Surf Party).   The 7th Veil starts out real slow with a steady electric piano and then explodes later on into an aggro number.  One of the great things about this album is the garagey drum sound - nothing can ruin an otherwise good surf record like poppy drums.   And of course, Shag did the beautiful cover, borrowing from a Martin Denny record layout.