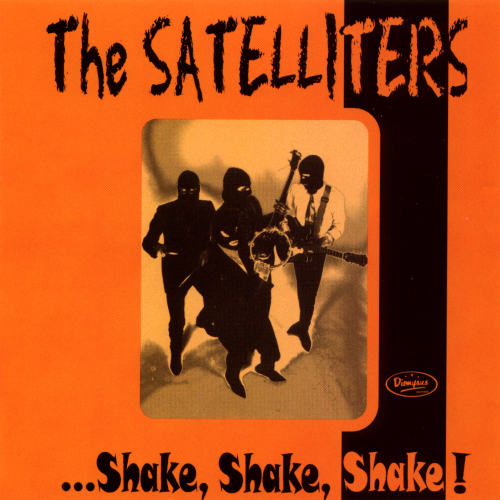 I've been listening to this disc over and over the last few months.  The Satelliters have done a bunch of longplayers for Dionysus, and a couple for Pin Up in Germany.  The first 7" I saw from them said something about the Makers being their heroes, and that definitely works as a comparison.  The Satelliters have the same snotty teen garage punk type vocal style, and the melodies underneath really hit the spot for me.  Most tunes are dominated by a hard fuzztone guitar, often with a farfisa rhythm line that the lead singer plays.  Great listening when you get home from work with a little attitude to burn off.  They also throw in a semi-surfy instro here and then, with titles like Sasquatch.